February 19th was Sketchcrawl 8. However, plans were already made to snowboard with some friends. But I ended up doing a sketchcrawl anyways, on our way up to snowy South Lake Tahoe, NV. 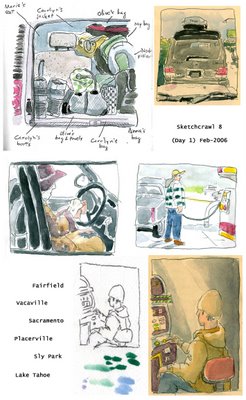 Pitt Stop: While my friends bought some snacks, I walked across the gas station to doodle this restaurant. I couldn't resist the 30 foot sign and older yellow car parked in front. 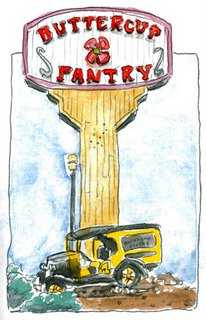 Traffic is at a hault again because of all the people pulling over to add chains to thier tires. Just enough time to doodle this hotel. 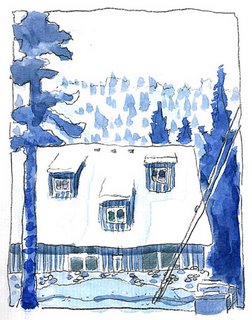 these are all nice
love the blue one
all
are
great

Gerald de Dios
Bay Area, California
Traveling from city to city with an easel, brushes and a hand full of gouache...taking an illustrative snap shot of various landscapes across Northern California.